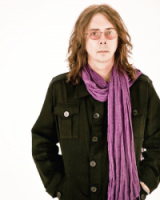 Donny Jirschele’s guitar experience started at age five, when his Father Roy started giving him lessons. Donny continued taking lessons from his Father until age twelve. At that time Donny joined his first band with some older boys, 15 and 16 yr. olds. The band played most Friday and Saturday nights earning Donnyenough money to buy his first nice guitar and amp. Donny continued taking lessons from a friend of his family – Jamie, who was a Berkeley School of Music grad. Donny continued lessons and playing out most week ends on and through college, of which Donny studied music at the University of Wisconsin Stevens Point.

Out of college Donny played full time and traveled with the band Kathouse for a couple of years. Donny then moved to Milwaukee to play with the band Mirage, and then started teaching guitar and working at Mars Music.  A few years later, Donny started teaching at the Academy of Music in 2004, now called Wondersound Music.
To date, Donny continues to enjoy teaching beginners on up to the most advanced student – Some of which study song writing,as Donny oers his expertise on thissubject as he encourages the guitarist to write music.  Donny currently writesmusic for his band Skye Pilot.  Rock On!

Return to School of Music